The ins and outs of the Protecting Your Super package 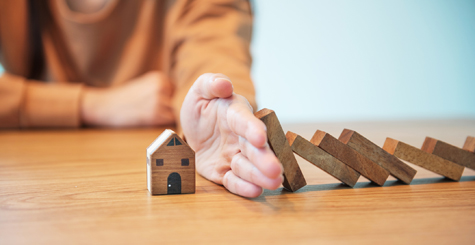 This year, the federal government introduced laws called the Protecting Your Super package. It’s a big deal because it addresses important changes to superannuation that are here to stay. In fact, there’s even been an industry-wide campaign about how it’s time to check your super.

The package aims to protect Australians from super balances becoming eroded by fees and/or premiums in accounts that aren’t being used. And, as a result, encourages us to start being more actively involved with our super.

Why get involved in your super

It can be easy to set and forget or even lose track of our super. In fact, as at 30 June 2018, approximately 39% of Australians had more than one super account.i

And it’s not uncommon to forget what benefits (like insurance) are included with the account after joining a super fund, as well as how much you’re paying in fees and/or premiums. These fees or insurance premiums can then start to diminish any money in an account that’s not being actively used.

So, the PYS laws were designed to:

What’s in the PYS laws?

Many superannuation plans include insurance as part of their offer. It’s often general cover that’s provided to a set group of people (like employees who sign up to their employer’s super plan).

Under the PYS laws, super providers are required to cancel the insurance in any super account that’s considered inactive (meaning the account hasn’t received any contributions or rollovers for 16 continuous months).

The PYS laws require super providers to transfer any accounts with a balance of less than $6,000, and no contributions or rollovers for 16 continuous months, to the ATO. Some exceptions apply to this, including if you have insurance inside your super account.

If your super is transferred to the ATO, you’ll be able to reclaim it from them. You can do this by logging into your MyGov account and using ATO Online Services.

The ATO may also transfer your super money into another super account you hold. This could happen if your other account has received a contribution or rollover within the current or previous financial year, and the balance after the transfer will be $6,000 or more.

Another way PYS laws protect super accounts from erosion, is by limiting fees charged by super providers. This includes:

For any questions about how the Protecting Your Super package affects please contact us.

i Australians Tax Office (ATO) – Multiple Super Accounts data. Figures are based on member data reported by funds to the ATO for the year ending 30 June 2017.

Before requesting a rollover, you should check with your other fund(s) to determine whether there are any exit or withdrawal fees for moving your benefit, or other loss of benefits such as insurance, noting that you may not be able to obtain the same type or level of benefits after the rollover.

Contributions to superannuation are generally preserved and you cannot usually access your preserved benefits until you reach age 65 or have permanently retired after reaching your preservation age (between 55 and 60 years depending on when you were born). Government prescribed caps also apply on the amount of money you can add to superannuation each year on a concessionally taxed basis. There will be tax consequences if you make contributions exceeding these caps. For more information, speak with a financial adviser or visit ato.gov.au.